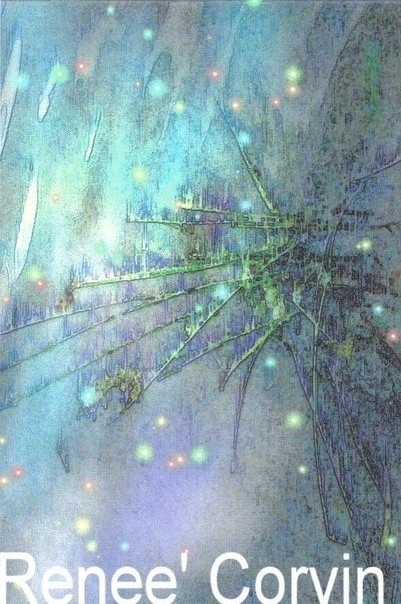 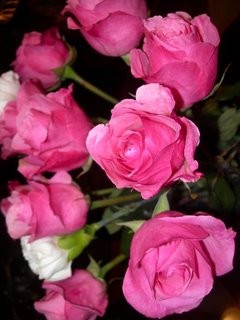 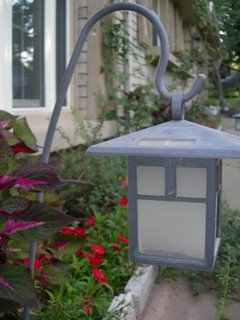 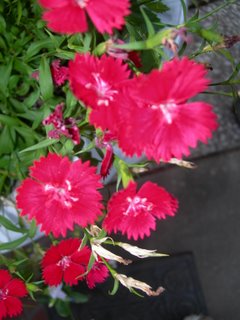 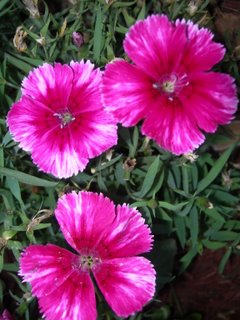 The Round Robin Photo Challenges

Okay here are some flowers around the house...
Posted by www.Timelesspainting.net at 9:27 PM 3 comments: Links to this post

Official Flower Power Entry for the Round Robins.....
Below are example pieces of my childrens bedroom "Flower Power" paintings and the "Celestial Sunshine" to go along with it. 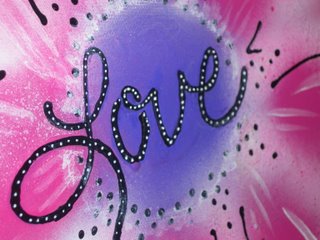 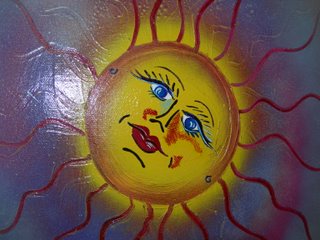 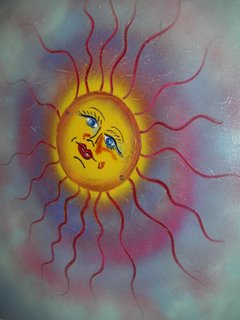 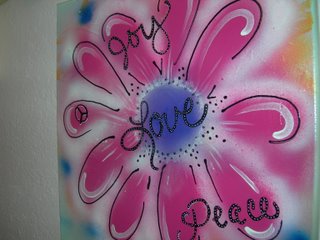 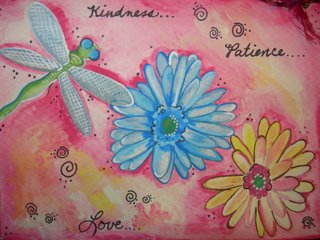 Other entries are at~

Robin
Posted by www.Timelesspainting.net at 9:52 AM 11 comments: Links to this post

A Little Flower Power with the Finished Zen Garden~ 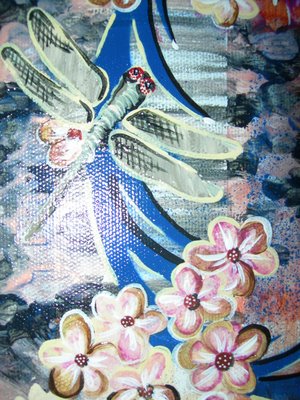 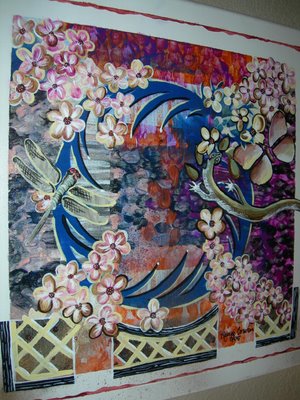 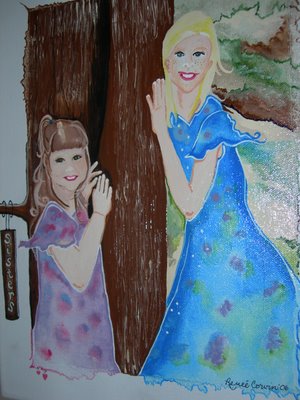 Journal Entry: A commissioned canvas piece for a local customer in town who wanted me to paint her daughters. It was a thrill for me and I am very thankful to have some one relish into my artworks. I titled the piece Sisters using surrealism in acrylic. The same group of people have asked for me to write a sports blog for the group of cheerleaders I am representing and have posted on an AOL blog. They are soon discovering that they can only leave messages if they are AOL'ers but it is open to the public yet private for their safety.
*Top Two photos show the painting Zen Garden that is finally finished for sale at $500.00. It is acrylic on a 14x14 square canvas and the results are nicely done in fresh detail with the spray of flowers, dragonfly, butterfly, and lizard.
Posted by www.Timelesspainting.net at 12:42 PM No comments: Links to this post

Good Morning ....
Dont mind me, I am just adding flower venues to when the day finally comes for your visit from Round Robins. We drove out of town for a softball tournament for one of my children games. She played five games in the Boxer Blowout Tournament and there were teams from Arkansas, Texas, and Oklahoma participating. The object was for us to decorate boxers with softball logos and we stayed up one night painting their shorts for the parade they had marching during last Saturdays hot afternoon screaming chants until they lost their voices. They lost the last game which did not qualify them in the finals. Two more games remain until the season is over with. The competitive league is different than the recreational softball. It involves higher level of sportsmanship and athletic abilities which is all the reason why I have been lacking organization online for anything but whatever I have time to input on here, so bare with me. We have new issues with girls this year. All of growing up and keeping the peace is a challenge for me but yet something I am certainly helping with. I don't believe anymore that we can just sit back and say "Kids will be Kids" and ignore fighting or any type of humilations amongst youngsters. I witnessed girls on our team depancing another girl in a public sports complex while the team laughing abrubtly and it turned into a brawl defending herself.
I joined a Anti-Bullying Alliance about a month ago and formed pledges with the cheerleaders of this new year ahead for my same daughter that will be continuing after softball. She was a cheerleader last year and will be tumbling in her cheer squad this year. I signed up to be a stunt mom that helps spotting their pyramids during halftime performances and on the sideline. It is my job of all jobs in other words to make sure it gets leveled out smoothly for their childhood. The problems of forth graders are what I used to go through as a nineth grader making growing up now a days the shitzoos if you ask me. Way too early to emabark such a wake up call on life. I pray her continuously to be calm and rest assured to remain clear headed and not soak up the attitudes that are bestowed on so many people. I think sometimes it is too late for things that I have no control over. But a friend told me when I felt there was nothing I could do they said, "sure you can....you can spoil her". And it stuck with me.
Pray for Daisy, she is having puppy seizures.
Posted by www.Timelesspainting.net at 4:39 PM No comments: Links to this post 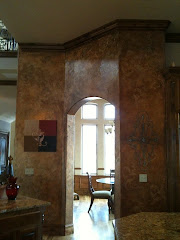 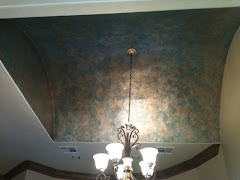